Roughly ten minutes is just about enough time to get a point across properly. It’s the credo of your host for My Morning Coffee. Mostly because your host considers anything longer just to be the ramblings of a mad man. Don’t be fooled though, Jeremy is actually at times a mad man. Despite calling the show MMC to sound edgy, he’s anything but that. He’s spent most of his life connecting dots that sometimes aren’t there. I used to think he was a conspiracy theorist until some of the things he said made a lot of sense. Everyone needs a hobby and this is his. As a long time friend and schoolmate, I can tell you he’s been doing this for years. Jeremy argues for things he believes in and manages to sway others to his side. It made ordering pizza a difficult task. Thankfully, this show isn’t about bickering over a pizza order. Who would listen? You wouldn’t and that is a fact. With that said – Enjoy MMC a podcast my friend does reflecting about video games while enjoying his cup of coffee. You can e-mail the show via mmc@ninjapancake.com or follow Jeremy on Twitter @Rempancy.

Jeremy and Sarah get a request to discuss games that have helped them get through more of the difficult times. They may also be going a little off topic during this topic to create more topics. Sarah tries to keep Jeremy on topic while also interrupting to derail, which seems really counter intuitive. The only thing they can really tell you is they like to have fun. Jeremy also becomes word confused, creating the word ‘Submersive’ instead of ‘Immersive’. Spoiler: They probably made up 20 more versions of this during the recording of this episode.

Your host really needs a smoke. Just every smoke he can get. It’s been a bit since he had his last and it might be affecting him a tad. He found recently after accidentally doing a guest spot on Stolen Signal Radio that talking helped curve his cravings. Today, your host is focusing on some random thoughts to help. Gear Sets are one of those things he enjoys but really wants to rework the 2 and 3 piece bonuses in The Division. It’s not because they aren’t okay or for a lack of appreciation for these things, there just isn’t a lot of diversity. Speaking of the Division, what is going on in the community lately? Your host can’t really discuss as in depth on his other show but decides to open up again about not biting the hand that feeds you. Especially anonymously. Please, folks, when attacking someone, no matter how stupid that is, at least sign your name. Don’t use the anonymity of a gaming clan’s social media accounts, it’s just so callow. Your host is in a rant mode and isn’t sorry about it. If you’re not sorry for listening, why not send a mail to show? It’s mmc@ninjapancake.com! If you’re into the character limited tweets of a pop culture junkie, please visit Jeremy on Twitter. See you next craving!

Oh man, it’s 4-20, which the administration realized at the last minute! Your host isn’t talking about it as much as he is how he deals with anger. He’s also currently enveloped by games that start with a big ol’ “D”. D-Words, if you will! Recently, he’s been playing a lot of Diablo Season 10 and The Division. In an eleventh hour decision, he decided to update his Destiny client but didn’t get very far. Listen as he explains his current Demon Hunter mentality and a little miscellany. Jeremy hopes you enjoy and as always awaits your e-mails to the show via mmc@ninjapancake.com.

Jeremy and Sarah get together to talk about their time checking out a throwback World of Warcraft server. A lot of the discussion is based on their memories playing up until The Burning Crusade versus what it’s like to go back and play now. Jeremy makes EverQuest references that no one will likely get – Outside of fabled British Photographer, Chris Frosin. We’re going right down memory lane and bringing it back right to the present in this episode. Grab your drink and listen along and we’ll talk to you next time!

Jeremy and Sarah talk about the finer things in life over an evening beverage. This week they’re talking about the quasi-death of couch co-op games and how they’ve been taking turns playing Horizon: Zero Dawn. Is this they’re new version of couch co-op until something new comes out they can play together? Also: Jeremy is finally better than Sarah at something. Rejoice! We hope one day for a few new experiences to play together in actual co-op but for now we’re content playing Horizon together. Haven’t played Horizon yet? We don’t do any serious spoilers. There are robot dinosaurs though!

Jeremy isn’t alone in this episode like you’re likely used to. Sarah, who a lot of you likely know as Tinkkz, is joining him to talk about things from their past. This week the couple talks about Christmas, their favorite games of the past and what they’re looking forward to doing soon. So much building for one present and it was totally worth it! They’ve decided to put these out once a week for your enjoyment as an insight to their lives as they play games together, no matter where they happen to be in the world. Enjoy.

Your host returns to his usual form, cheerful. It’s been a tough road as of late for him. Jeremy talks about his time spent with some mobile apps – he feels you should check them out and tells you why. Casual Jeremy plays games casually. If you’re into the why, you’ll enjoy this episode more than anything else. There’s also a good chance you probably won’t. Them’s the breaks, kid. At least you’ve been warned well in advance with this episode’s description. Games: Final Fantasy: Brave Exvius, Fire Emblem: Heroes.

Take Jeremy With You On The Go! 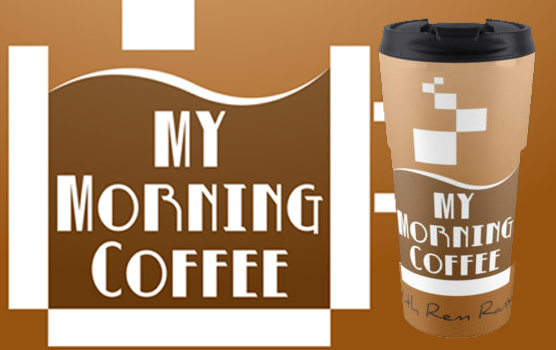 While Jeremy has his own memories he likes to discuss, he’d love to hear some of yours. Have something to say? Send an e-mail to mmc@ninjapancake.com.