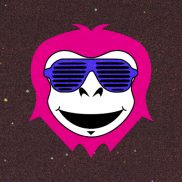 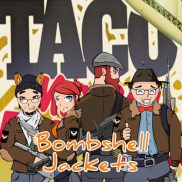 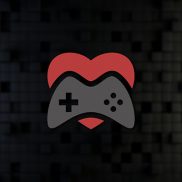 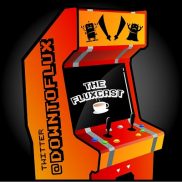 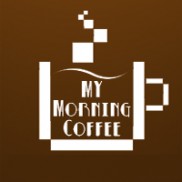 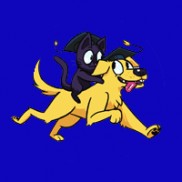 We have a real treat of an episode for you today! This episode, recorded on Thursday, April 4th, marks the return of Fredrik Thylander. He’s seriously our favorite person. The real fun here is he can actually talk about his work on The Division 2, along with the game, this time around. No trolling. We’re serious, as serious as birds on fire. You’ll have to listen to figure that one out. Don’t forget the contest for the Merchoid jacket is still going on and will have your friends asking: “Hey, where’d you get that jacket?” GFHL and thanks to Thylander for taking time out of his evening to spend it with us!

GNA E165, The GNA crew hang out and talk about the most random things you can imagine. From JRPGs to opera scenes to The Gate. Why the hell hasn’t Damok played any of these games by the way? Seriously. Not one of them. Topic? There was a topic? Let me check….. Nope. No rhyme or reason to this episode. The guys did go back to the future though. They found out not to f^&* with kangaroos and penguins are nightmare birds. Or they are John Carpenters “The Thing” A positive, They aren’t getting sued for this episode. Well, they shouldn’t. Last question. What does an elephant drunk on wine do?

Taco Basin and World Tier 5 got announced over the week, so we got Catclawzzz a.k.a. Threesies back on the show to help us talk about it. We’re also celebrating that she recently got picked to go to E3 to represent the Division community via the Star Player program, which is pretty great. Don’t forget to listen in for some sweet contest details over on Tinkkz‘ twitter, choice show derailments and the Cat Snort Counter (Ding!). GLHF!

Things For You to Check Out:
Patch Notes
Year One Roadmap
Contest Example Tweet

GNA E164, The crew are at it again. IT started pretty simple. Damok apologizing to everyone, game prices, Maybe a little controversy. The Cecil had to spiral out of control into a rant about streamers. They topped it off with a “what celebrity would you” question. That’s pretty much it. Nothing else really. Cecil is sick.

Remy got back from GDC fresh with some notes from the Fighting Sequelitis: Creating Combat NPCs for Tom Clancy’s The Division 2 and we decide to talk about it. Who better to bring on other than Tinkkz? Monk. Who better to have for an interview with following our discussion about AI from the session? Probably the two speakers who were at the session, Drew Rechner and Philip Dunstan. You’re probably wondering, how will they top all this? We got some more submissions for the origin story of The North Lawn Bitches. GFHL!

GNA E163, You ever have one of those days where not commuting homicide is the only positive that there was? That’s this episode. The guys talk, well more complain, about what epic has been doing with exclusives to their launcher. It started pretty good, until Cecil went into a rant. Then it was all down hill. Hipsters beer and GMO fruit is where it went. I know. How?! Alcohol was involved. Don’t hold it against him too much. Cecil Laughed, so crucify him too.

Alright, folks, here we go: Week One Impressions of The Division 2. Sage was out this week, so we got our RezBro, BeautifulDust on the show to go over the first week of launch. We talk about our favorite moments so far, our dumbest moments while leveling and a Desert Eagle. Also, The Quartermaster is super abrasive. There’s a whole lot to go over during the next weeks, so let us know your thoughts on Twitter @BombshellJacket! GLHF!

Whatever could go wrong, most likely did in the Big 100. It’s a lot of nostalgia as Lady came back onto the show to remind us all of her boxed wine prowess. You’ll hear it a couple of times throughout the episode. Tinkkz reminisces about the show and gives us the news. Sage becomes a target once more for a musical assassination. Remy manages to irritate Lady with some choice references. Enjoy the big celebration episode, folks! We’ll be back next week with our initial thoughts of the first week of gameplay. GF HL!

Links:
The Map We Talked About
PSN Trophies