God of War shader? That’s so Year One. Warlock School Year Two marches forward and while Watts is away Remy decides to fill in bringing Danny and Karlee on the show. They talk guns, gunplay, news and Extra Life. We’re pretty sure you’re sick of us mentioning it or having guests on to do it, so we one upped it and had David record a message that we spliced in later. Remy apologizes for his words slurring, we usually have a three drink limit if we’re hosting a show but it got thrown right out the damned window! Stupid leaf peepers. Stupid Trials. Lighthouses rule. Get involved and donate to the Extra Life Campaign for the Destiny Community this weekend! We’ll be back next week but if you miss us send a mail to school@ninjapancake.com or Tweet @WarlockSchool. 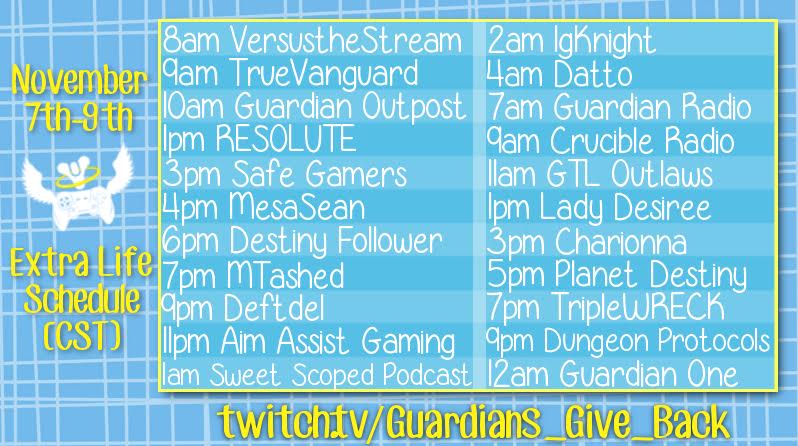 Got a lingering question or a thought? Mysteries of the universe bringing you down? Write into the show today via e-mail to school@ninjapancake.com and see what answers your Warlock Hosts have in store for you next time on the show!